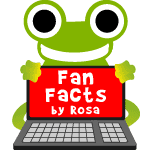 Spin us a Tale!

Like the red wood ant, weaver ants are part of the formicinae sub-family. They live in the Tropics and spin nests out of silk and leaves. The silk fibers are made by weaver ant larvae and produced from their abdomen. The workers then carry the larvae in their jaws as they weave.

Weaver ants are used to control pests. And have been since the 3rd/4th century. In eastern Asia, they are placed in fruit trees. They take over pest control on farms, as weaver ants are predators and eat insects.

Not a Sailor’s Yarn

Although it’s hard to believe: weaver ants help healing. In Asia and Africa, these weavers are put to another use. Their jaws are used to close wounds. It might sound strange but it seems to work.

This fact sheet was submitted by animalfunfacts.net fan Rosa. Thanks for your amazing article! Do you want to write a fan fact sheet?

My Friend, the Tree

As the red wood ant is well-known in Germany, we often presume that ants always live on the ground, where they build anthills. Weaver ants only live in trees. Their ant communities can get so big that one tree just isn’t big enough. They build colonies across several trees.

If their nest is damaged (e.g. if an animal damages it by mistake), the ants sound the alarm. In the truest sense of the word. Thousands of them knock on the leaves from the inside, which creates an audible warning sound. It’s intended to warn the intruder not to take another step. As weaver ants react to threats with aggression, it’s a bad idea to go near their nests. These ants don’t have a functional stinger but their bites sure can hurt.

Birds often use ant acid to rid their feathers of mites. Like acid from the weaver ant. They pick up the ants and put them between their feathers. Because the ants aren’t particularly happy about this, they defend themselves by spraying acid. The bird doesn’t mind this so much, as long as the mites are gone.

Weaver Ants as Bodyguards for Caterpillars

Some caterpillars (gossamer-winged butterflies and owlet moths) secrete a honeydew that attracts weaver ants. The ants slurp up all the sweet liquid and protect the caterpillar while they do so. They’re kind of like bodyguards.

One Weaver Ant to Go, Please!

In Asia, weaver ant larvae are regularly farmed and sold as snacks. They’re supposed to be very creamy. Adult weaver ants are also a popular snack, and are usually eaten with rice dishes. They are said to taste sour and lemony. Would you eat ants?

After humans and apes, toothed whales have the most highly developed brains in the world.

Copyright © 2018-2021 animalfunfacts.net. All rights reserved. No part of this site or its content may be reproduced without the permission of the copyright holder.