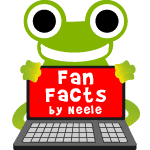 The Year of the May Bug

May bugs spend most of their time underground as larvae. These are called grubs. After 3-4 years, they emerge from the ground and mate as beetles. They die after 4-6 weeks. This cycle means that a lot of may bugs emerge from the ground every 4 years. Every 30-45 years, so many may bugs come out from the ground that you could almost call it a plague. Nobody is sure why. During one such plague in 1911, around 22 million may bugs were found in an area measuring around 4,446 acres (1,800 hectares).

What Kind of Beetle is the May Bug?

May bugs are part of the scarab beetle family. There are three kinds in Central Europe alone. But how can you tell the difference? It’s hard to spot any differences at first glance. But when you look closer, you can see that the tip of the abdomen is different in males and females and in different types. Otherwise, males and females also have different feeler lengths. The males have larger feelers.

This fact sheet was submitted by animalfunfacts.net fan Neele. Thanks for your amazing article! Do you want to write a fan fact sheet?

You’ll see May Bugs in May

It’s all in the name. May bugs are seen on warm evenings in May. But you can also see them whirring around in July. Well ... you’ll hear them before you see them. That’s why they’re also called “doodle bugs”.

May Bugs on the Stand

In the Middle Ages, there was no way of combating pests. People didn’t know how to deal with their situation, so took the may bugs to court in France in 1320. The judge ordered that they must leave within three days. Otherwise, they would be outlaws. Because the may bugs obviously didn’t understand the court’s orders, they were collected and killed.

May Bugs as a Delicacy?

In the Middle Ages, people made soup from may bugs or sold them as sweetened treats.

May Bugs are Always Hungry

Adult may bugs are considerably more harmless than the larvae. These creepy crawlies eat roots under the ground, killing plants and trees.

There are over 300 different kinds of pigeon.