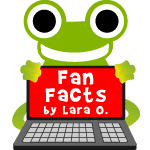 The seven point ladybug is the best-known ladybug.

Lots of people say that the number of spots on a ladybug’s back shows its age, but the colors and dots only show what type they are.

Ladybugs in Red, Orange and Yellow

Seven point ladybugs typically have bright red front wings, also called shards. They have a semispherical body and seven points on their wings. The shape and size of their dots can vary. There are ladybugs with orange or even bright yellow shards, like the twenty-two spot ladybug, which of course has 22 spots.

Where do Ladybugs Live?

Ladybugs can mostly be found in parks, houses, gardens and fields.

What Does a Ladybug do If Threatened?

The color red is a warning signal for other animals, which the ladybug uses to say: “Watch out, I’m poisonous!” If it feels threatened by an ant, for example, the ladybug will release an unpleasant smelling, yellow liquid from its knee.

Ladybugs Love Cuddling up For Winter

The female lays hundreds of eggs in the spring. They lay them on plants where there are lots of aphids.

From Larva to Beetle

It takes a ladybug 30-60 days to develop from an egg to a full-grown red ladybug. During this development, they shed their skin several times. First of all, ravenous larvae hatch from the yellow eggs. After a few weeks, they stop eating and use a sticky liquid to attach themselves to a plant. They become stiff and stop moving. They “pupate”. Inside, the ladybug is developing. They shed again and the adult beetle appears after around a week. It’s still a little yellow in color to begin with.

This fact sheet was submitted by animalfunfacts.net fan Lara O. Thanks for your amazing article! Do you want to write a fan fact sheet?

Desert lizards dance across the sand when it gets too hot.