Gorillas are the world's largest primates. They feed exclusively on leaves and are known for chest-beating with cupped hands. They are often portrayed as aggressive, but are in fact very peaceful animals. Gorillas are diurnal and inhabit forests, mountain forests and swamps in various African countries such as Cameroon, Congo, Equatorial Guinea, Nigeria, Gabu, Uganda and Ruanda. Gorillas belong to the great apes. These include orangutans, chimpanzees and bonobos.

What Do Gorillas Eat?

Gorillas are vegetarians and eat 40-66 lb (18-30 kg) of plants, roots, sprouts and bulbs every day. They do not drink water, because the plants contain sufficient amounts of liquid.

Why Do Gorillas Beat Their Chest?

Beating their chests is probably the best-known behavior of Gorillas. You can hear it at distances of nearly 0.62 miles (1 km). It does not only demonstrate to other males who is the coolest gorilla in the group. They also beat their chests to say hello or to inform another animal on their whereabouts.

Gorillas use sticks to find out how deep a lake or river is. They also use wooden planks to get across swampy soil safely. Read more about tool use and animal intelligence.

Where Does the Word Gorilla Come From?

It is a Greek word meaning "tribe of hairy women".

Among mammals, the gorillas are the biggest animals that build nests. They don’t do it for their offspring, which is mostly carried on their backs. They build nests to have a nice and cozy place to sleep and rest. The nests usually consist of leaves, measure about 1 m in diameter and are newly constructed every day.

Which Enemies do Gorillas have?

If you don’t harm me, I don’t harm you! Gorillas hardly have any enemies. Only leopards can be dangerous for the little babies. But in the end, humans are a much bigger threat as they destroy the gorilla’s habitat when clearing the woods.

Gorillas Have the Largest Eardrum

Gorillas are very good at climbing and obviously not scared of heights. In the trees they climb up to 40 m high! However, they do not use their arms to swing from branch to branch like chimps. They prefer to hold on to forked branches. Mountain gorillas do not climb as much as other species.

Yuck, This Is Wet!

Each Nose is Unique

Biologists look at the gorillas` noses to identify them. No two noses look the same!

Baby gorillas weigh about 4.4 lb (2 kg) when they are born and are breast-fed by their mother for 3-4 years.

Which Primates Live in Africa?

Apart from gorillas, chimpanzees, mandrills and baboons live on the African continent. Lemurs have their "residence" on the island of Madagascar off the southeast coast of Africa.

The following part of this fact sheet was submitted by animalfunfacts.net fan Jovana. Thanks for your amazing article! Do you want to write a fan fact sheet? 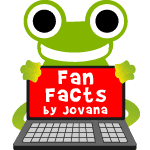 Even though gorillas are amicable, most people assume them to be aggressive and that they would attack and kill humans. This impression has been consolidated due to movies such as “King Kong”. In fact, Gorillas are often called gentle giants. They are the friendliest and most familial apes. However, you should not be misled – the silverback (the leader of the group) knows how to defend itself.

When male gorillas grow old, they develop a grayish coat on their back, the so-called “silverback”. The leader of a group is always a silverback and the oldest animal in the group. Out in the wild, gorillas can get 35-40 years old, animals in captivity can reach an age of 50 years.

Who is Dian Fossey?

The zoologist and behavioral scientist Dian Fossey lived among gorillas for several years. She got to know the animals and was accepted as a member of their group. She wrote a book for people to learn that they do not need to be afraid of gorillas and to prove that they are amicable creatures. The title of her famous novel is “Gorillas in the Mist”.

There are over 300 different kinds of pigeon.