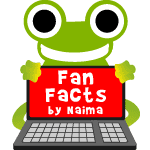 Peregrine falcons are the fastest animals in the world. They can reach a speed of 322 km/h in a nosedive. This is faster than most cars. You could call them the cheetahs of the air.

How do Peregrine Falcons hunt?

The peregrine falcon catches its prey mid-flight. But they give them a whack first. Yes, really! This stuns, if not kills, the animal. Then the peregrine falcon snaps the animal up in the air or grabs it from the floor. It uses its crooked but very sharp beak to rip the feathers from its prey before eating.

The Peregrine Falcon can be Found Almost Everywhere

Peregrine falcons are very adaptable and live almost everywhere, no matter how hot or cold. You can find them in hot deserts, the tundra, mountains or the coast. There’s almost no other bird of prey that’s as widely spread as the peregrine falcon. But ...

The Peregrine Falcon Nearly Died Out

In the middle of the twentieth century, there were only a few breeding pairs left and the bird nearly died out. This was down to the notorious pesticide DDT. It made the peregrine falcon’s eggshells too thin, and the chicks died. Thankfully, the peregrine falcon was declared endangered. Birds were bred and then released into the wild. Today, there are 10,000 - 100,000 animals, and they are no longer considered endangered.

Have I seen a Peregrine Falcon?

It’s possible, as they’re neither shy nor rare. You can sometimes even see them in the city. You can recognize them by their angular wings and patterned bellies. Their beaks are yellow and easily recognized from below. They can stay still in the air as they watch prey from above. There are only very few birds of prey that can do that.

Young peregrine falcons are fluffy and white. They open their eyes on the fourth day. After one year, the young are ready to breed and can lay two to four eggs.

This fact sheet was submitted by animalfunfacts.net fan Naima. Thanks for your amazing article! Do you want to write a fan fact sheet?