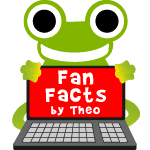 You can’t miss them!

Griffon vultures are the largest vultures in Europe. They don’t have feathers on their necks.

Glasses? Not for the Griffon Vulture!

Griffon vultures only eat muscle flesh and viscera from carrion. They leave practically everything else.

It’s not only vultures that gather around animal corpses to feast. But cinereous vultures are so big that they’re mostly the bosses at any “buffet”. Nobody usually wants to mess with such large opponents.

A Hunter of Necessity

Rüppell's vultures are social animals. When one discovers a corpse, it’s not uncommon for hundreds of animals to settle down to eat just a short time later. Just like its relative, the griffon vulture, the Rüppell's vulture only eats muscle flesh and viscera. It doesn’t bother with skin, sinew or bone.

These three vulture factsheets came from animalfunfacts fan Theo. Thanks for the great info! Do you want to write a fan factsheet?

Vultures mostly have an unmistakable bald head and a bald neck with a ruff of feathers. This unusual look is especially handy for the birds because they get very close to their food (dead animals) with their heads and necks. Bacteria from the dead animal can’t breed as quickly on bare skin as in feathers.

A special characteristic of vultures is their diet: they eat (mostly) carrion. This doesn’t make them particularly popular with most people at first glance. But without vultures, our ecosystem would be in danger. Because they eat dead, rotting corpses, they reduce the risk of dangerous diseases breaking out.

Vultures don’t have Many Enemies

This isn’t because they’re too big or because predators are too small or unskilled. Because of their diets, vultures have lots of bacteria on their feathers that would make most predators sick. It’s best to keep your paws (or in this case: teeth) off these germ factories!

Each type of vulture has come up with its own tricks to get at food. The Egyptian vulture, for example, cracks ostrich eggs by throwing stones at them. Bearded vultures grab bones, fly up into the air and drop them onto rocks so they break.

The bearded vulture has an acid in its stomach that’s more corrosive than battery acid. It needs it to digest hard bones.

It’s Enough to make You Blush!

When a vulture gets excited, its head turns red.

Dragonflies can see in all directions at the same time.