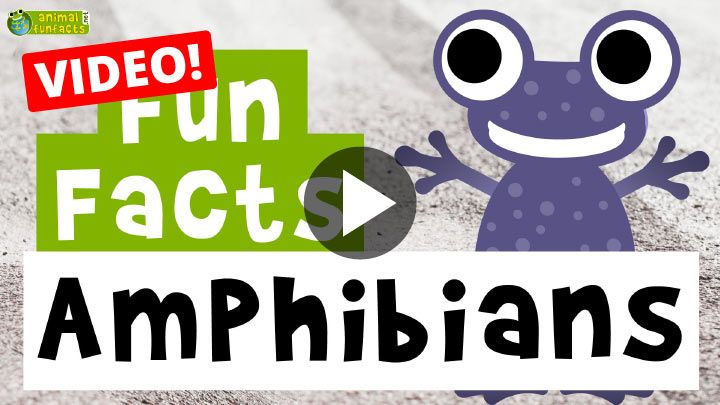 11. The Pebble Toad Drops Down Hills

When feeling threatend, the pebble toad curls up and drops down the hill. This makes it appear like a lose stone and it therefore gets neglected by its enemies. The pebble toad does not uncurl until is has reached the ground.

10. In Spring, Male Moor Frogs Change their Color to Blue

Female moor frogs find this particularly beautiful. Yet, this spectacle can only be experienced for a few days, and the frogs do not assume the blue color before they have reached the spawning waters. Learn more about frogs in the following articles: How the wood frog survives the winter, why poison dart frogs are poisonous and what the bullfrog has got in common with cattle.

They absorb the water with their skin. The skin of frogs is so permeable that it can be used both for breathing and drinking. At the tummy and on the bottom side of their legs, frogs have specific skin folds for this. Learn more about how skin respiration skin respiration works!

8. Frogs Don’t Need to be Afraid of Mosquito Bites

Through their skin they emit a kind of “insect repellent”. Scientists want to do some research on this in order to develop more effective insect repellents for humans.

7. The Axolotl Remains a Larva All its Life

Normally amphibians undergo a metamorphosis. Tadpoles develop into frogs this way. This does not apply to the Axolotl. It remains a larva all its life because its thyroid gland does not work (the organ regulates the production of hormones). It can live up to 20 years. Why is the Axolotl pink? You can find out about this in the animal profile.

6. The Chinese Giant Salamander Can Live For More than 60 Years

Fire salamanders can emit poisonous substances via specific glands in their skin. In former times, people assumed that fire salamanders were supernatural beings and could use their powers to survive or even extinguish fires. Unfortunately this belief entailed that people often threw the animals into the fire ...

This is surprising, because the frog is clumsy and rather big. Actually, it is one of the biggest frogs and can weigh more than 6.6 lb (3 kg). Therefore, it soon gets tired after a few jumps and has to take a break.

2. Flying Frogs Cover Distances of 50 ft (15 m) by Gliding Through the Air

They have webbings on their fingers and toes. When they spread them, they function as little paragliders and safely carry the animals from tree to tree. Yet, they are not really able to fly.

1. Frogs Have to Press Their Eyes Inward to Swallow their Food

Frogs don’t chew but swallow their prey whole. In order to transport it into the stomach, they have to “push” it by pressing their eyeballs into their oral cavity.

Salamanders breathe through their skin.