You think that fish are pretty boring? There are some amazing facts we would like to you know! Did you know that fish can drown in water? Or that they can suffer from sleep disorders? Some fart to communicate! Check out our 11 fun facts about fish. 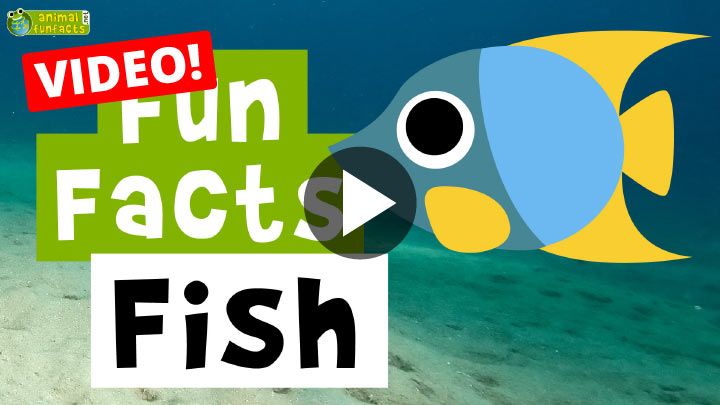 11. How Do Herrings Communicate? By Farting!

Sounds and noises behave differently under water. This is why we mostly hear fishes squeak and whistle. Farts can also have high, low, long and short sounds. And these can add up to a conversation. Eeek!

10. Archerfish Hunt Above the Water Surface

The archerfish doesn't always find enough food under water. This is why they shoot insects with a jet of water. It lets off water from its mouth with an enormous pressure so that it forms a water jet.

9. Handfish Walk on the Seafloor

Handfish are not too keen on swimming. They prefer to “walk” across the seafloor with the help of their hand-like ventral fins.

The climbing perch lives in small ponds which sometimes dry up. Then the climbing perch has to leave and find a new home. It moves its body to and fro and drives its gill cover into the ground like an ice-pick. This enables it to move gradually forward.

7. If Water Does Not Contain Enough Oxygen, Fishes Can Drown

It’s a fact: Fish use their gills to filter oxygen from the water.

Find out more:
Animal Respiration: Gill Breathing
Animals That Are Best at Holding Breath under Water

The horn shark lays its eggs between rocks so that they are perfectly protected. With their spirals, the eggs cling to little cliff edges and thus cannot drift away.

5. Four-Eyed Fish Have Only Two Eyes

4. Remora Have a Suction Plate on Their Head

3. Fish Enjoy Being Cleaned by Other Fish

Even though they are bathing and showering all the time. ;-) It’s true. Watch the video about symbiotic animal relationships to learn more about what’s getting cleaned by whom.

2. There are Fish Suffering from Sleeplessness

The zebrafish has a sleep pattern that is similar to mammals. If it does not get enough sleep, it also suffers from insomnia.

1. Sharks and Rays Use Electrolocation

All snakes swallow their prey whole.