Did you know that scorpions glow under black light? That the dung beetle is the strongest animal in the world? And that there is a spider that feeds on vegetarian food? It's all true! In this video you will learn 11 fun facts about insects and arachnids. 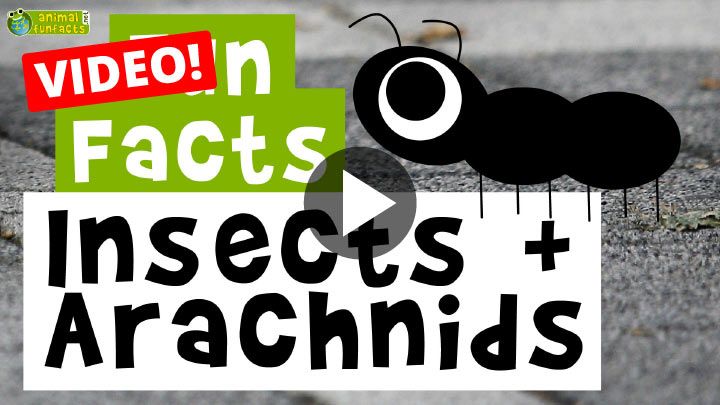 11. Dung Beetles Take “Photos” of the Sky in their Minds

10. Cockroaches Use a Kind of GPS System to Find Their Way

We rely on our eyesight when trying to orient ourselves. We store all kinds of data about our surroundings in a sort of invisible grid. Scientists have found out that cockroaches and rats use very similar methods for orientation. They also have a kind of imagined grid in their minds that can be compared to a map or the navigation system in a car. Did you know? Cockroaches particularly love the glue on the back of postage stamps.

Scorpions have an exoskeleton (= shell) that shines brightly when exposed to UV light. Scientists are not yet sure how scorpions benefit from this. Are scorpions insects or arachnids? Learn more about it.

This is higher than Mount Everest! Scientists put bumble-bees in a little flight chamber and reduced the air pressure inside to simulate the conditions at a height of more than 30,000 feet (9,000 meters). Yet, bumble-bees never really would fly to the top of Mount Everest. This would not make sense for them as there are no flowers up there.

7. There is a Fungus That Turns Ants into Zombies

It can use ants to get anywhere it wants. Its name: Ophiocordyceps unilateralis.

6. There are Vegetarian Spiders

Only a few years ago the first and only spider species has been discovered that almost exclusively lives on vegetarian food: Bagheera kiplingi, a jumping spider from Central America. It feeds on thorntrees. Learn more about the vegetarian spider.

5. Among All Insects the Termites Live the Longest

The queens reach an age of up to 50 years. By the way: Termite kings and queens spend all their lives together by the way.

4. There are Ants in Malaysia that Explode When Being Attacked

They do it to “defend” themselves. The worker ants of the species Camponotus saundersi blow themselves up when there is no chance for them to win the fight. “Before you win, we will both die”, might be their motto.

3. The Bolas Spider Uses a “Fishing Line” for Hunting

It consists of sticky spider silk. The bolas spider does not weave a spider web, but swings a single thread with a sticky blob at its end. This smells very tempting for insects – as soon as one of them comes near it, the spider throws this thread just like a fishing line. Meet the Top 10 Coolest Spiders!

Mosquitoes can smell exhaled oxygen even at distances of 32-164 feet (10-50 meters). Sweat also magically attracts them. The feared anopheles mosquito particularly loves the smell of feet, which is quite similar to limburger cheese for them.

1. The Dung Beetle is the World’s Strongest Insect