Are there reptiles that can walk on water? Why do crocodiles eat stones? Are alligators romantic? In this video you will find 11 fun facts about reptiles! Have fun watching! 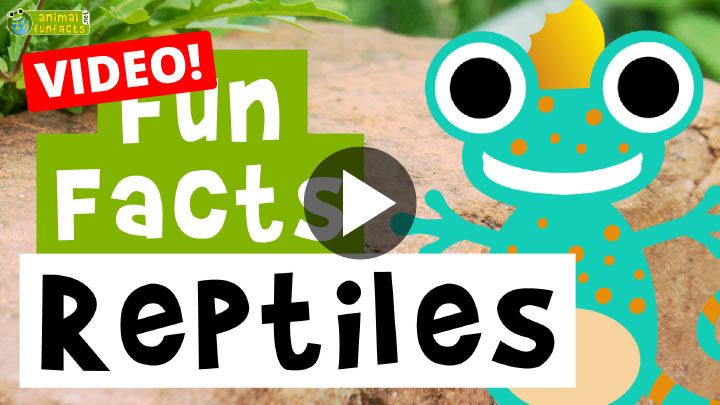 11. Basilisks Can Walk on Water

This is basically the same principle as stones skimming across the water. The water surface has a certain tension. When slightly or quickly stretched the surface behaves like a taut, but flexible film. For the same reason insects such as the water strider can “walk” on water without sinking in. Of course, the basilisk is much taller, but since the reptile can run on two legs and can accelerate very quickly, it manages a distance of 15 feet (4.5 meters) before sinking.

Crocodiles are sit-and-wait predators – they wait for their prey to pass by before they attack. To avoid being discovered they only keep their nostrils above the water surface to breathe. They eat stones to ensure that the rest of their bodies are heavy enough to remain invisible under the water surface. By the way: Birds also eat stones – not to dive deeper, but to quash the food inside their stomachs, because they cannot chew it.

Find out more:
Is the alligator a crocodile??
Do crocodiles survive in saltwater??

9. Algae Grow on the Head of the Mary River Turtle

This turtle looks like a punk! Yet, the green algae are also useful and help the turtle not to be detected as quickly by animals of prey. There are more turtles that look strange or have unusual shells! You can learn more about giant and snapping turtles in the Turtle Facts.

8. The Egg-Eating Snake Only Eats Eggs

This is a trick to protect their feet from the heat. One of both feet is always up in the air during the “dance” to cool down. Then it’s the other foot’s turn.

6. Chameleons Change Their Color to Black When Angry

Chameleons use colors to show how they are feeling. Brightly colored chameleons are looking for a mate. Pale chameleons might be ill. They turn black under extreme stress. HOW do chameleons change their colors?

5. When a Male Alligator Has Fallen in Love it Sends Air bubbles at the Cheeks of the Female

Who would have thought that alligators are romantic. They also softly rub their noses and backs against each other.

4. Dwarf Geckos are so Small that They Can Sit on a Finger Tip

One of the smallest dwarf geckos is the „Jaragua Sphaero“, which does not get longer than 1.6 cm.

3. There are Crocodiles that Can Climb Trees

2. The Tongue of a Chameleon is Longer than its Body

They lick their eyes with their tongue to keep them clean.

Pigeons can recognize people in photographs.