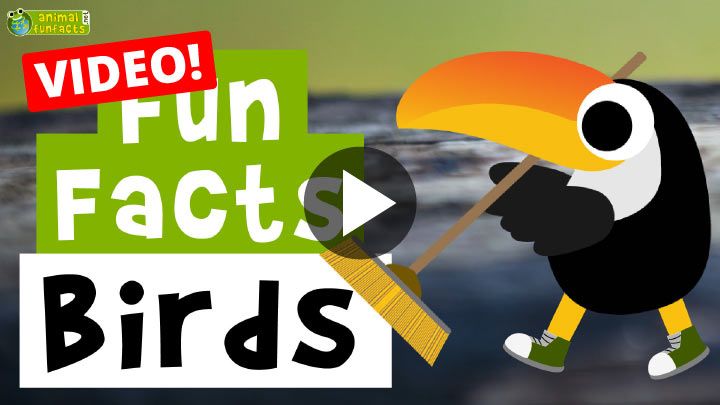 11. The Blue-Footed Booby likes to Dance

By doing this it hopes to attract female birds and proudly shows off its blue feet. The blue color is caused by the bird’s food: fresh fish. If the bird does not get enough food, the feet gradually take on a brighter shade. Therefore, the color also indicates how healthy the bird is. Find it out: Are blue-footed boobies really clumsy?

10. The Albatross Sleeps While Flying

The albatross does not flap its wings very often. Most of the time, it is gliding through the air. Its heart is beating as slow or fast as when the albatross is resting. Only landing, taking off and hunting are strenuous. Scientists have not yet been able to officially prove this, but they are convinced that the albatross also sleeps during its long flights. Compare: Dolphins only sleep with one brain half, because they have to regularly get to the water surface to breathe.

9. Blue Tits Use Herbs to „Disinfect” Their Nests

Blue tits collect herbs such as mint, lavender, and curry leaves to keep their nests free from bacteria.

8. The Bassian Thrush Farts to Scare Up Worms

The worms are startled by the noise and begin to move in the ground. The thrush perceives those movements and knows where to peck. In order to be able to fart, the thrush has to regularly swallow air.

7. There are Four Poisonous Bird Species

Pitohui is one of them. It is poisonous, because it feeds on poisonous beetles. The more it eats the more poisonous it gets.

6. The World’s Heaviest Nest belongs to a Bald Eagle

5. There is Only One Bird that is Hibernating During Winter

4. If an Adélie Penguin Has Fallen in Love, it Gives its Beloved a Present

With a stone as a present, a male penguin wants to show that he is a good partner, as this penguin species only uses stones to build nests instead of moss and grass. Learn how the emperor penguin survives in the Arctic cold, which is the fastest penguin, and about the weird call of the African penguin.

3. The Tyrannosaurus Rex is More Closely Related to Chickens than to Alligators

2. Eating Chocolate Can be Fatal for Parrots

Please be careful! Chocolate is also poisonous for cats and dogs because it contains a substance called theobromine. More information on parrots: The hyacinth macaw has an extremely strong bill!

And the Hoatzin Smells like Cow Dung. Well, some are lucky, the others aren’t. ;) By the way: The kakapo is a parrot and the hoatzin is also called stinkbird. Read about the only parrot that is unable to fly.