Video: All About Animal Senses - Eyesight, Hearing, Taste and Smell

Which animal has the best eyesight and the best sense of hearing, taste, and smell? In our knowledge video you will find out. 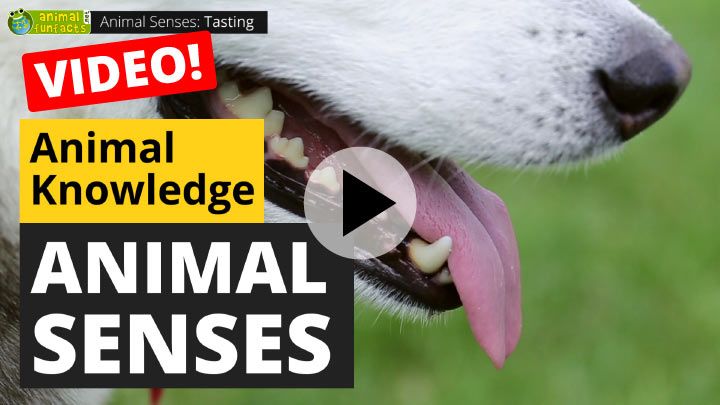 Which Animals Have the Best Senses?

We bet you will be surprised which animals actually have the best senses. We have sorted them for you into categories:

Which Animal Has the Best Sense of Taste?

Which Animal Has the Best Sense of Smell?

Olfactory cells = „I can smell something at a distance of 5 miles (8 km).“
Olfactory receptors = “The fries over there are salted.”

The animal that can smell things at the longest distance, is the eel. It has one billion of olfactory cells. And what about the olfactory receptors? Dogshave more than twice as many olfactory receptors as humans. Rats have an even better sense of smell. Therefore, we do not only have detection dogs but also detection rats. This is true! Elephants also have a very fine nose – particularly for water. Even if the next waterhole is 5 miles (8 km) away, they can still sense its smell. Ok, which animal has the most sensitive nose? Is it the dog, the elephant, or the rat?

Of all animals, the elephant has the best sense of smell. It has 1,948 olfactory receptors.

Which Animal Has the Best Sense of Hearing?

Of all animals, the wax moth can perceive the highest frequencies. 300.000 Hertz!

Find out more: Animals with an Amazing Sense of Hearing

Which Animal Has the Best Eyesight?

A difficult question! Are we talking about the vision during the day? Or at night? Or do you mean the sharpest vision or being able to perceive the largest number of colors? Even though owls have good eyesight at night – the carpenter bee has the most sensitive eyes in the world. The light of the blinking stars in the sky are sufficient for the carpenter bee to navigate.

Birds of prey have the sharpest vision and are the best in spotting objects that are far away. They can even see a little mouse at a distance of one mile (1.5 km).

The oldest goldfish in the world lived to be 43.