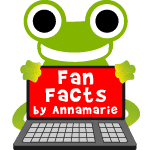 What Species of Northern Right Whales Do Exist?

Contrary to other whales, this family does not have a fin and only short pectoral fins next to the flukes. They also don’t have any neck furrows.

Northern Right whales have a rather plump rump and a large head that accounts for 25 % of its body length. The torso is strongly curved. They have an arc-shaped mouth. The strongly curved upper jaw is almost hidden behind the massive underjaw. The flippers are about 6.5 ft (2 m) long, the flukes even more than 6.5 ft (2 m).

It Even Wears A Cap On Its Head

At least this is what it looks like. The Northern right whale has got distinct barnacles on its head. The largest one is called “cap”. Whale scientists are even able to distinguish between individual animals on the basis of the “cap”.

The Diet Of a Northern Right Whale

The Northern right whale consumes 528 gal (2,000 l) of plankton soup every day by gliding along slightly below the water surface with its mouth open.

The Northern right whale is one of the rarest big whales. Experts assume that only a few hundred of them still exist. This is mainly due to whale hunting. Northern right whales mostly stay close to the water surface when looking for food and this makes them an easy prey.

English whale hunters called these whales „right whales“, because they were the „right“ to hunt: slow swimmers, often lingering near the coast, providing lots of fat and oil.

This fact sheet was submitted by animalfunfacts.net fan Annamarie. Thanks for your amazing article! Do you want to write a fan fact sheet?