There are many different dolphins. There are about 40 different dolphin species. which all vary in size, weight, behaviour and in appearance and color, too. They can be white, pearl-colored, rose, brown, grey, blue or black. When talking about dolphins, most people have a common bottlenose dolphin on their minds. Did you know that the orca is a dolphin, too? We have a separate profile for the orca.

The Biggest and the Smallest Dolphin Species

Do Dolphins Have Ears?

Yes, but they do not have auricles like us. Dolphins have extremely small earholes, but they are said to have the best auditory sense of all animals. They also pick up sound waves with their jaws and their head and transmit them to their inner ears.

How Much Fish Does a Dolphin Eat Per Day?

How Deep and How Long Do Dolphins Dive?

Dolphins on the Hunt

Dolphins always hunt together. Some dolphin species round up fish by means of clicking sounds before attacking them.

If a dolphin is ill, injured or just giving birth to a dolphin baby, the others protect it and transport it to the water surface so that it can breathe.

How Do Dolphins Sleep?

They have to permanently stay close to the water surface to be able to breathe, as they are no fish but mammals with lungs. Therefore, dolphins have to swim while they are sleeping, because they have to come up to the surface to breathe. But how does this work?

The answer is: Just like a computer they activate an energy saving mode by reducing the activities of one of their cerebral hemispheres. This is a rather complicated process und allows dolphins to shut one eye and execute simple swimming movements simultaneously. Yet it sometimes happens that a dolphin “forgets” to resurface and breathe. Fortunately the dolphins keep an eye on each other and poke each other to wake up in those cases.

There is only one correct answer to this question: possibly. We know that dolphins are able to utter about 100 different sounds. They chirp, click, whistle, scream, shout, groan, grunt, squeak and even make noises like creaking doors.

Yet, until today nobody has been able to lift the secret behind their songs. Scientists think that dolphins express their contentment with slow clicking noises and high whistling sounds while sharp and deep screeching is a signal of anger. It is also presumed that dolphins communicate via body language.

When a Dolphin Feels Threatened

The marine mammals also stick together during shark attacks and other threats. They attack as a group and can even ram a big shark to kill it.

Can Dolphins Survive Outside the Water?

Two things are particularly problematic for dolphins: the heat and their own weight. Imagine the temperature is about 41 degrees Fahrenheit (5 degrees Celsius) outside and you have to wear a thick winter coat, a scarf and a cap. Now you enter an airplane to travel into tropical regions, but you are not allowed to take off your clothes. What is going to happen? Sooner or later you will get a thermal shock.

The same would happen to dolphins on shore. Their own weight is also a big problem. In the water the pressure on the dolphin’s organs is much lower, so that on shore the animal practically squashes itself.

Animals in the Same Biome: 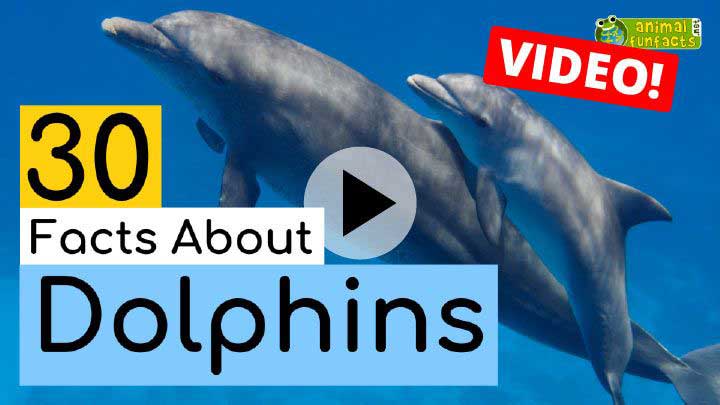 Elephants are the only animals that can’t jump.