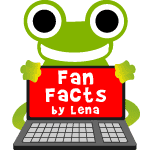 The whale shark is a peaceful shark with a gray-blue spotted back, a light belly and a wide, stumpy snout. It has two dorsal fins, two cloacal fins and two pectoral fins.

Where Does the Whale Shark Live?

The whale shark lives alone in tropical or subtropical regions of open ocean. They mostly remain near the surface of the water but also dive down a couple hundred meters.

Whale or shark? Despite its name, the whale shark is a fish. At over 40 ft (12 m) long, it’s also the largest fish in the world.

The whale shark has a unique way of eating. It positions itself vertically with its head facing the surface and opens its huge mouth, which measures up to 5 ft (1.5 m) wide. It then swallows huge amounts of water where its prey is swimming. These are small creatures known as plankton. It then pushes the water out through its gills. These have countless little teeth (around 300-350 rows with a total of 3,600 teeth) that hold onto the plankton. There are only two other species that eat like this, the megamouth shark and the basking shark.

The whale shark is ready to breed after 10-30 years. Researchers believe that the females can decide when they give birth and only do so if they think their young will have a good chance of survival. The female is able to give birth to up to 300 live young. These small whale sharks develop deep down, where they are safe from orcas, their natural predators.

The whale shark is classified on the IUCN red list as a vulnerable species. There is now a ban on catching them.

This fact sheet was submitted by animalfunfacts.net fan Lena. Thanks for your amazing article! Do you want to write a fan factsheet?

Is the Whale Shark Dangerous?

Although the whale shark is a shark, it’s not dangerous. It’s very gentle and doesn’t pose a threat to people. Mostly, only divers will see this animal because they are too big to come too close to the coast. Because of its size, it can sometimes accidentally suck a diver in or hit a diver with its tail fin by mistake without noticing. Of around 500 different kinds of shark, only a handful are actually dangerous.

Most sharks swim by moving their tail fin to and fro. But not the whale shark. It moves its whole body from right to left and left to right. But not very fast. It has a leisurely top speed of 3 mph (5 km/h). As it doesn’t hunt predators and predators don’t hunt it, this is plenty.