The praying mantis got its name because it often hold its hands together as if it were praying. There are more than 2,400 different species. In Germany the best known is the European praying mantis, because it’s on the red list of endangered animals and strictly protected. They are mostly brown to green as their coloring suits their surroundings. 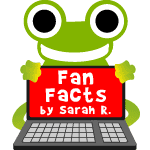 The praying mantis disguises itself as flower, limp leaf, grass or branch to hide from its predators and prey. If it is spotted by a predator, it spreads its wings to look bigger and more threatening.

Praying mantises can be kept as pets! Visit to our pet section for a detailed pet profile for the praying mantis!

The Praying Mantis is Patient

Sometimes, they just wait in the bushes waiting for prey. If they find something to eat, they attack with their front legs at lightning speed and start eating straight away. They attack their prey at speeds of up to 230 ft/s (70 m/s)!

The Praying Mantis and its Prey

The Praying Mantis is a Prehistoric Animal

Praying mantises have existed for more than 300 million years. This makes them older than the dinosaurs.

Praying mantis reproduction is the reason why these insects have become so famous. It is very common that the female will eat the male during or after mating. Around a week after mating, the female praying mantis lays an ootheca, an egg case from which around 100 larvae will hatch after a couple of weeks. This ootheca looks a little like a cocoon.

This fact sheet was submitted by animalfunfacts.net fan Sarah R. Thanks for your amazing article! Do you want to write a fan fact sheet?

Ahead of the Competition

The praying mantis is unique in the insect world because it can turn its head 180 degrees. Apart from the snakefly and mantid lacewing, no other insect can do this.

The Praying Mantis is Related to the Cockroach

Ew! Praying mantises are related to cockroaches and termites. Biologists believe that they evolved from a common ancestor.

Two Eyes but Only One Ear

On the Run from Bats

Bats love snacking on praying mantises - and they don’t even bother to stop flying. But the insect has a trick that often saves its life: it falls to the floor in a spiral pattern. The bat can’t react fast enough and snaps at empty air.

The scientific name mantodea is based on the old Greek “mantis” for “prophet” and “eidos” for “type” or “species”.