Let animalfunfacts introduce you to the five venomous mammals! Insects, spiders, scorpions, reptiles, invertebrates and amphibians - there are countless animals that can poison us and can be very dangerous. But have you ever heard of venomous mammals? No? Even if they’re rare, they do exist!

How Do Mammals Produce Venom?

One of these five mammals produce venom through glands located under its arms and then rubs the liquid onto its teeth. Another mammal has a gland under its tongue that allows toxic saliva to flow to the teeth. There is also a mammal that has a spur on its hind legs that excretes venom.

Why Do Mammals Produce Venom?

For two reasons: They need the poison to defend themselves and their offspring or to paralyze or kill prey.

In Former Times There Were More Venomous Mammals

Scientists believe that there were more venomous mammals in the past. For example, they found a small mammal called bisonalveus browni in North America, which they believe had poison fangs. It looked a bit like a mole and its teeth had indentations that suggest they were used to inject venom. But a lot of non-venomous animals (monkeys, bats) have these. So, the info isn’t certain.

What is the Difference Between Poison and Venom?

There are two ways that animals can poison other animals. A venomous animal kills its prey by biting or stinging. A poisonous animal uses poison as a defense, e.g. if you touch or eat it.

Use these links to jump directly to the individual animals: 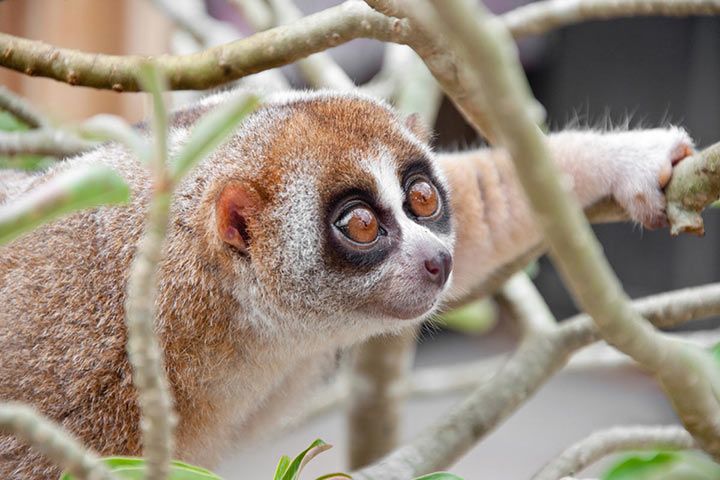