Why Are There Blue Animals?

Blue is an unusual color in the animal kingdom. But there are beautiful blue birds, blue crabs, blue lizards, blue starfish, blue frogs, blue dragonflies, - yes, even blue beetles and blue wasps. Lots of animals are drab browns, grays or greens so that they don’t stand out from their surroundings. Most are prey that don’t want to be discovered by predators. A bright, bold blue doesn’t exactly seem helpful if you want to blend in. So, why are they such a bright color?

After the photos, let us explain why these animals are THIS color. It makes sense, we promise! 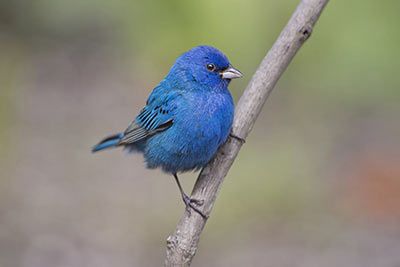 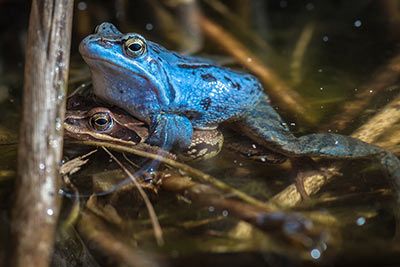 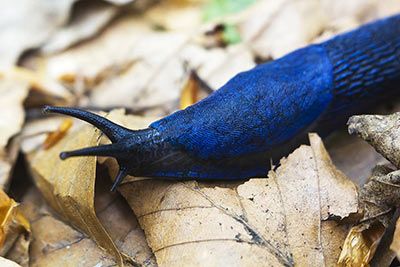 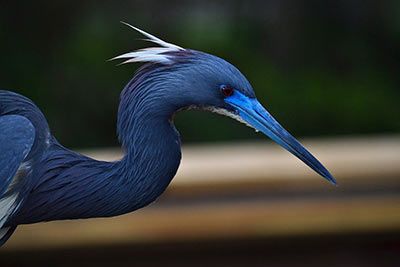 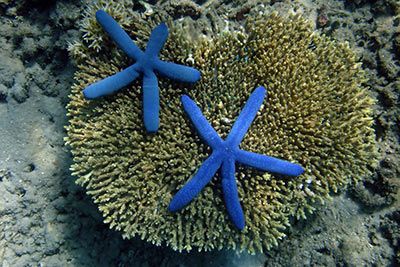 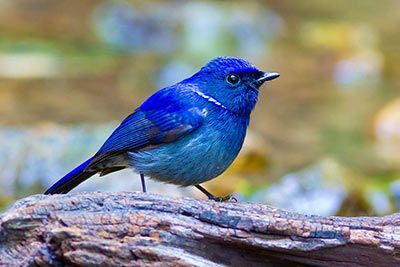 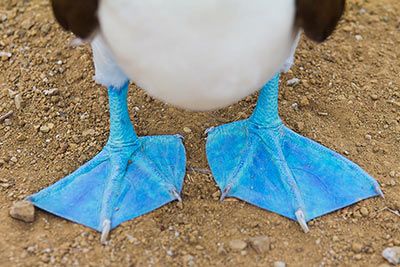 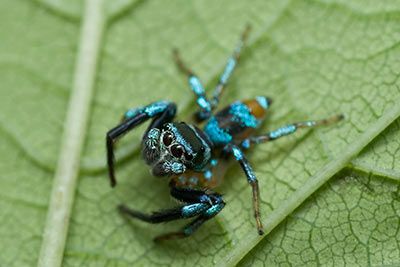 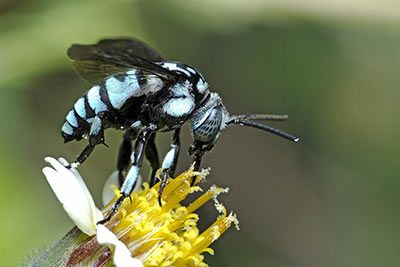 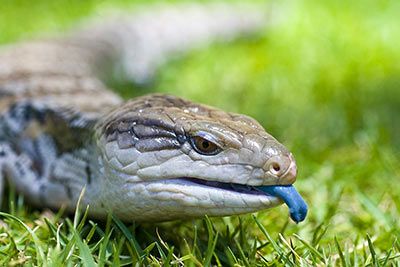 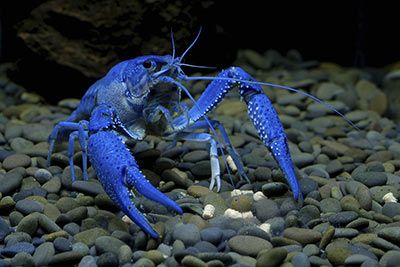 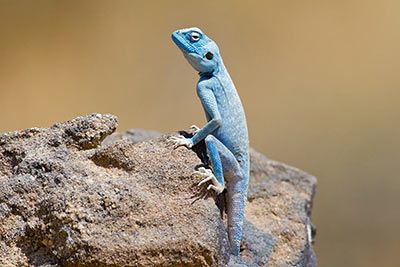 Blue As a Warning
“You’d Better Stay Away From Me, or Else!”

Blue feathers look so amazing that you want to reach out and touch them. But a blue frog? That sets off the alarm bells. And that’s exactly the point. This blue color is intended to warn other animals. The little amphibian we’re talking about is the poison dart frog , which is highly poisonous. Just like the blue-ringed octopus. Its pattern almost looks like a contagious rash. The blue-ringed octopus and the poison dart frog are two of the world’s most poisonous animals..

Blue As a Lure
“Look How Colorful I Am!”

The indigo bunting wants to use his lovely plumage to lure and impress females. But the ladies’ “outfits” are rather more plain. They have simple brown feathers that let them blend into the undergrowth. The blue-footed booby prefers his fashion on his feet. They might not have blue feathers, but bright blue feet. When they want to impress a female, they present their feet and dance for them.

Blue for Finding Each Other
“Oh, There You Are”

The golden snub-nosed monkey has wonderful orangey brown fur. As long as they cover their light blue faces, these monkeys blend into their surroundings well thanks to their fur - keeping them safe from predators. They have this unusual face color so they can easily find their friends and family in the thick jungle.

Blue to Scare Off Enemies
“Weren’t Expecting That, Were You?”

When a gray-brown blue-tongued skink (a scaled lizard) feels threatened, it extends its long tongue. But it’s a bit different to what the predator expected: it’s completely blue. What a shock! Most of the time, the predator runs away scared. The morpho peleides also relies on the element of surprise. When its brown wings are closed, it blends into the brown undergrowth perfectly. But when it flies, the tops of its wings shimmer and shine - making its enemies hesitate in their shock. And this delay is what saves this little butterfly’s life.

Drinking Up the Sun

Blue mosaic darners rely on the outside temperature (they get their energy from heat, as dragonflies are cold-blooded animals). Their dark blue bodies help them to “suck up” heat from the sun on cold mornings. Dark colors absorb (from the Latin “absorbere” meaning “to take in”) sunlight and therefore heat. If the mosaic darner is too warm in the afternoon, it will change from dark blue to light blue to avoid overheating.

Tip! Try it out for yourself: if you wear black clothes in the sun, you’ll sweat more than you would in white clothes.

Reindeer are the only deer where the male and female both have antlers.