Leopards, rhinos, gorillas, pandas, polar bears ... Why are all these animals endangered? In this video you will learn about endangered animals species, the reasons why they are threatened and how you can help. 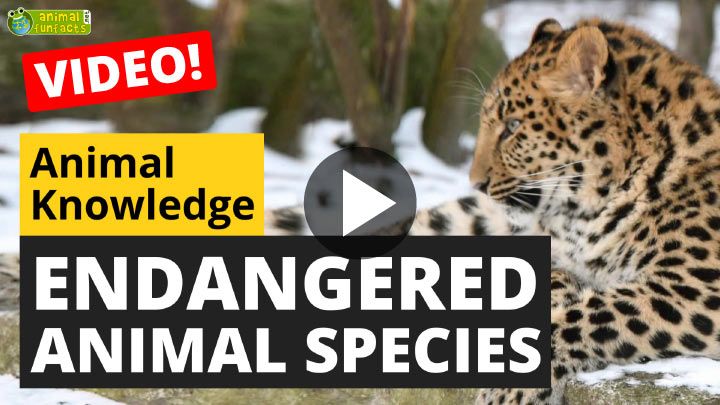 About one third of all animals and plants are endangered to become extinct. No good news, unfortunately. How do they actually become endangered? And what animal species are affected? Find out more in 14 Critically Endangered Animals!

A rhino’s horn is a desired trophy for hunters and a valuable booty for poachers. They do not care that these animals are nearly extinct by now and that hunting rhinos is forbidden.

This beautiful sea turtle is a protected species – nevertheless, it is being hunted because of its shell and meat. The pollution of the oceans is a threat to the hawksbill turtle, too. Particularly the plastic waste floating through the ocean. The turtles cannot distinguish this from jellyfish.

Poachers are the biggest threat for mountain gorillas. Due to deforestation and slash-and-burn it is getting increasingly difficult for the apes to stay in their habitats and to find enough food.

The scales of the pangolin are believed to be a medical cure. This belief is fatal for many of these animals. Yet, the scales actually consist of the same material as our fingernails.

The red panda feeds on bamboo. Due to deforestation it finds less and less food and protection. The red panda is also being hunted because of its beautiful coat.

The polar bear lives in the arctic region and mainly feeds on seals. Due to global warming, the Arctic ice is increasingly melting. This means that the polar bear has to move further north again and again in order to survive.

The giant panda also feeds on bamboo. The clearance of forests is not the only threat to them. The problem is that bamboo only blossoms about once every 100 years and then dies off because of a lack of nutrients. Therefore it is very difficult to reforest bamboo.

Why Do Animals Become Endangered?

A lot of animals lose their habitat due to global warming, deforestation, increasing pollution, hunting and poaching. Whew, all these animals are living too far away to help them. Don’t they? No, you don’t have to travel to the rain forests or rob your piggy bank. Here are six tips. They also help to protect a great number of endangered animals in YOUR region!