The Golden Retriever is often pictured as the "perfect" family dog. They’re known for their joy and love for people. This dog breed is also very cheerful, peaceful and sociable. The Golden Retriever loves catching anything it can get its mouth on, carrying it around and bringing it back. That’s why the word "retrieve" is part of its name. Outside, the Golden Retriever is very active and loves running around. Inside the home, it’s a calm, cuddly dog that just wants to snuggle up with the whole family.

Golden Retrievers are easy to train. They learn commands and tricks with enthusiasm, and are very attentive in following commands when asked to do something by their masters. This is perfect for inexperienced dog owners, as this kind of dog can ease you into this new role.

Golden Retrievers are not for couch potatoes! Even though they love to snuggle up, they have a real need to burn off energy. Whether it’s long walks, playing fetch, hiking or agility - they love to get involved in everything right away.

The Golden Retriever has wavy or straight, medium-length fur. It needs regular care and should be brushed at least one to two times a week. Especially if the dog spends a lot of time outdoors. These dogs shed a lot, especially in spring and autumn. All family members should be ok with this.

The history of the Golden Retriever is very well documented: at the end of the 19th century, Lord Tweedmouth crossed a yellow retriever with a Tweed Water Spaniel, an old dog breed from Ireland that has sadly died out. Then more breeds were crossed, like the Irish Setter and Bloodhound. In 1913, the Golden Retriever was officially recognized as a breed by the British Kennel Club, the umbrella organization of British dog breeders.

Where Does The Name Come From?

The word "golden" clearly refers to the fur color, but there are also cream colored dogs. "Retriever" was already explained above. The Labrador Retriever also carries the name "retriever" for the same reason.

Golden Retrievers are almost white as puppies. They get their creamy to golden fur from the age of around when they are two years old. You can usually tell from their ears what color they will eventually be.

Australian Golden Retriever Charlie cracked the official Guinness World Record in October 2012 for the loudest dog bark - it was 113.1 decibels. That’s about as loud as a drum kit or a chainsaw. At 120 decibels, your ears start to hurt. Female Golden Retriever Augie holds a fun world record. In July 2003, she held five tennis balls in her mouth at the same time.

Video: Is a Golden Retriever the Right Dog Breed for Me? 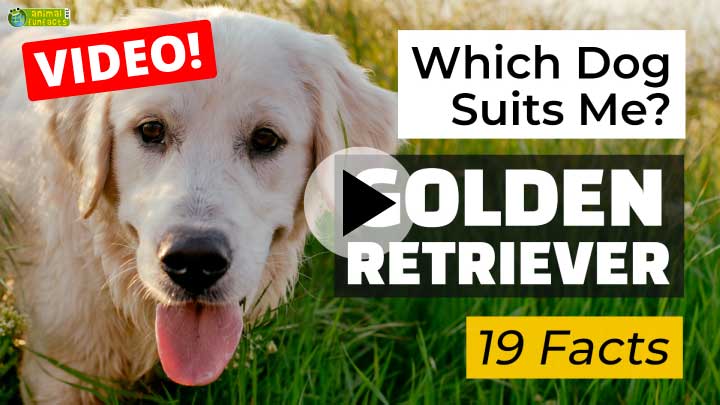